We use cookies on our website. They help us get to know you a little and how you use our website. This helps us provide a more valuable and tailored experience for you and others.

You can revoke cookies at anytime at the bottom of the page.

The company’s impressive growth is driven by unprecedented investment in new products. In 2015 Jaguar and Land Rover introduced a host of new cars and technologies to market, including the award-winning Jaguar XE and XF and Land Rover Discovery Sport.

Whilst the UK remains the beating heart of the business (with its workforce more than doubling in five years), Jaguar Land Rover continues to expand its international footprint to support sustainable global growth and to delight its customers with world-class British designed and engineered premium cars.

Commenting on the performance, Andy Goss, Jaguar Land Rover Group Sales Operations  Director said: “It is encouraging to see both Jaguar and Land Rover - our great British brands - delivering strong sales performances around the world. We have brought out exciting new premium cars and new technologies including our family of Ingenium engines, all-wheel drive for Jaguar and state-of-the-art connectivity. We have broadened the appeal of our cars, making them even more desirable and delivering what our global customers really want.”

Retail sales for the month of March were up year-on-year across all regions: 49% in Europe, 43% in China, 33% in North America and 16% in the UK. Other Overseas markets were up 17% year-onyear. Four out of five of the key regions achieved record sales this month – a testament to the increasing global demand for Jaguar Land Rover vehicles.

With a balanced regional distribution of sales, Jaguar Land Rover retailed 521,571 vehicles in fiscal 2015/16, 13% up on the previous year. Of that, Jaguar sold 94,449 vehicles and Land Rover sold 427,122 vehicles. This was the company’s strongest performing fiscal year ever.

Marking its best March yet, Land Rover retailed 60,128 vehicles in the month, up 22% year-on-year. Best-sellers for the month were the Discovery Sport, retailing 16,937 vehicles, the Range Rover Evoque, retailing 15,904 vehicles and the Range Rover Sport, with retails of 11,003 in the month. Calendar year-to-date sales for Land Rover reached 128,959 vehicles, 23% up on the prior year.

Jaguar recorded its best ever March, delivering 15,175 vehicles, up 62% on the previous year, due to continued solid sales of the XE (6,521 vehicles) and the all-new XF (5,331 vehicles). Jaguar recorded significant year-on-year growth across all five of its key regions, with Europe excelling, up 151%. Calendar year-to-date sales for Jaguar were 29,854, up 54% year-on-year.

Customer deliveries of the eagerly anticipated Jaguar F-PACE will begin next month. 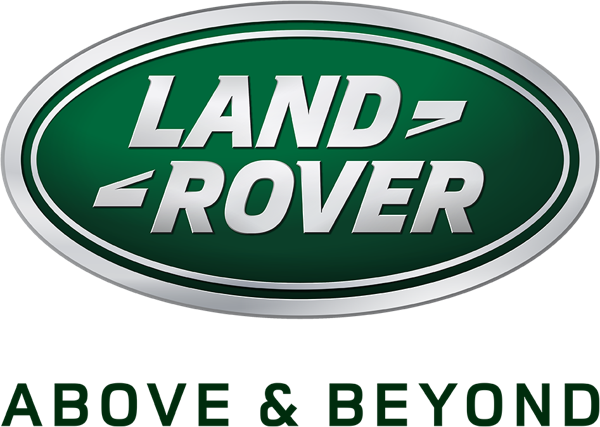 Jaguar Land Rover is the UK’s largest automotive manufacturer, built around two iconic British car brands: Land Rover, the world’s leading manufacturer of premium all-wheel-drive vehicles; and Jaguar, one of the world’s premier luxury sports saloon and sports car marques. At Jaguar Land Rover, we are driven by a desire to deliver class-leading vehicles, which will provide experiences our customers will love, for life. Our products are in demand around the globe. In 2017/18 Jaguar Land Rover sold 614,309 vehicles in 129 countries, with more than 80 per cent of our vehicles being sold abroad.

We support around 260,000 people through our retailer network, suppliers and local businesses. Manufacturing is centred in the UK, with additional plants in China, Brazil, Austria and Slovakia.

Our innovation is continuous: we will spend in the region of £4 billion this year on new product creation and capital expenditure.

From 2020 all new Jaguar Land Rover vehicles will be electrified, giving our customers even more choice. We will introduce a portfolio of electrified products across our model range, embracing fully electric, plug-in hybrid and mild hybrid vehicles as well as continuing to offer the latest diesel and petrol engines.